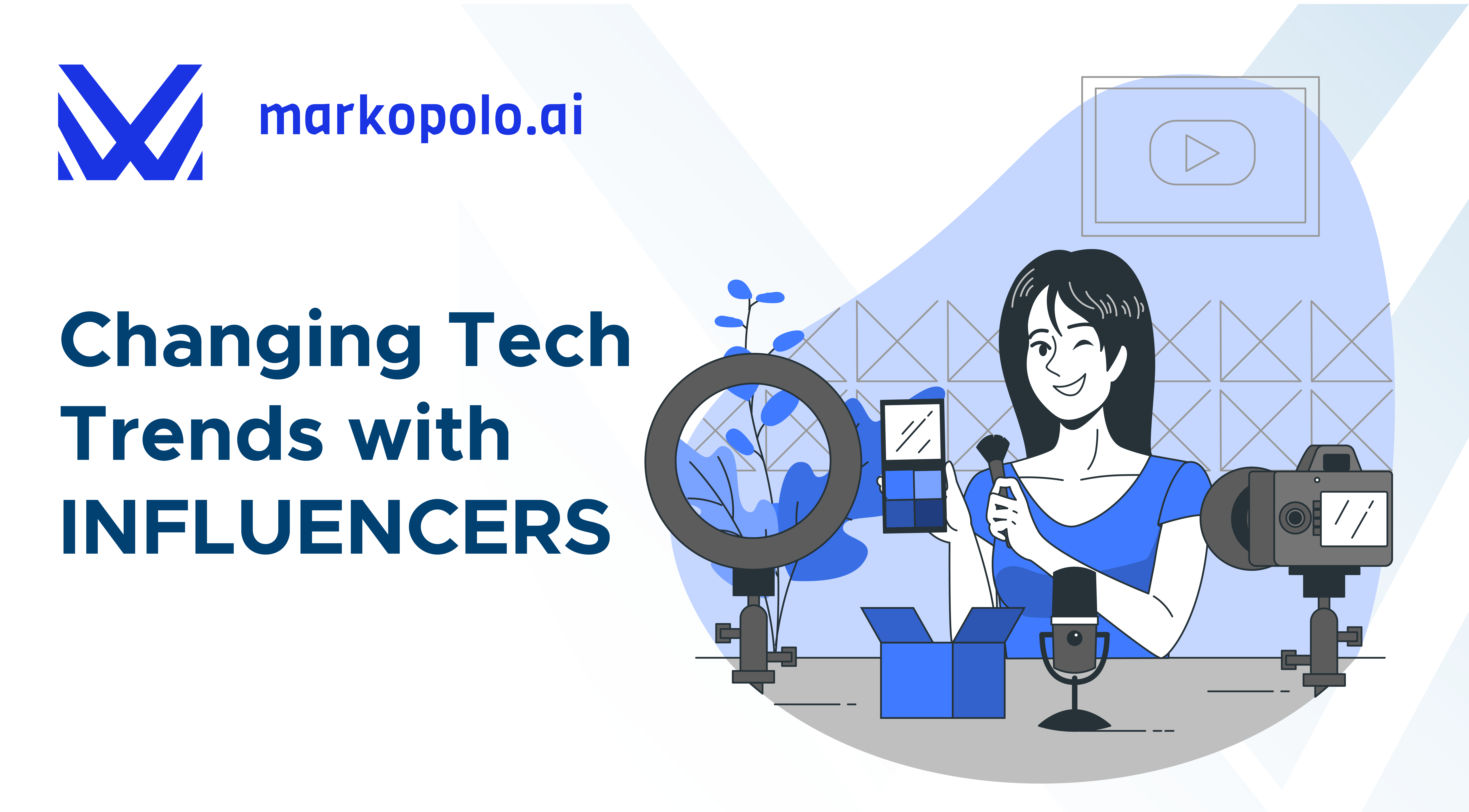 It would be an understatement to say that influencers are all the hype. And their impact on digital marketing is quite fascinating.

Compared to social media marketing or even video marketing, influencer marketing is fairly new. Influencer marketing statistics show that an increasing number of businesses are also beginning to invest heavily in it. It is the fastest-growing online customer-acquisition method. More and more brands are hopping on this bandwagon and find it cost-effective.

Influencers are popular, and they do great things for brands, but we all know that. What's interesting is how true this culture of "promotion" is to its name. What do I mean? Influencers don't just promote brands or products; they promote a lifestyle. And everyone wants in on that. It seems accessible enough. And in the quest to want that life, we end up spending on things that are fundamental to being an influencer causing ripples in different markets, namely tech markets.

You can't be an influencer without having an iPhone. It's simply impossible. Being an influencer means you have to put out interesting content and not compromise on quality constantly. And we all know that no other brand does selfies justice like Apple. In 2017, 54% of Flickr users preferred using an iPhone for photography. Apple ranked over Canon and Nikon combined in popularity among Flickr users.

Even if you don't want to be an influencer, the constant flow of perfect selfies on your Instagram feed makes you want to up your own Instagram game.

Influencer culture has created more subcultures of people who aren't influencers but still have many followers who put out aesthetically pleasing content. And this has become the norm. Making iPhones the most popular phone out there for anyone who is an influencer or wants to be one, anyone who likes making content online, anyone who wants a decent number of followers, or just likes to take good photos. Apple goes out of its way to collaborate with certain influencers to add to this consumerist phenomenon.

And even though the camera is what catches the eye, other features including night mode, editing software, security etc. make it popular among content creators.

If not one of the iPhones, a smartphone with a good camera is a must-have for many people aiming to create a follower base.

People are obsessed with photos. Everyone wants the perfect shot. And that's why editing apps have been more popular than ever in 2021. Even though editing apps like Retrica predate the influencer culture, some specific apps have popularised.

The first has to be Facetune. This app is legendary in its own warped way. The application focuses on retouching facial features, airbrushing and editing out any flaws, and an immediate hit upon release. Endorsements and words of praise from influencers and celebrities like the Kardashians helped the app sell more than 10m copies and was Apple’s most popular paid app of 2017.

VSCO has been extremely popular in recent months. It is so popular that it has its own aesthetic. Unlike Facetune, this application focuses more on filmy filters and retouching basics. Even though a free version is available, the premium subscription is more popular, with more than 4 million paid users in 2020.

We've seen influencers have a great impact on brands. But things can also go the other way. With the growing popularity of having a social media presence, more and more people want to invest in a good phone. And with that comes a good enough camera.

It would be unfair to say that influencers are the sole reason camera sales decreased but they did have some hand. Digital camera sales have dropped by 87% since 2010. The drastic improvement of the smartphone and influencers constantly but unknowingly promoting their own content makes it easy to see the correlation.

Although there is a silver lining in this cloud. Due to the digital heavy work of content creators and influencers, camera sales have been increasing with more and more vloggers, Youtubers and photographers opting into cameras as opposed to phones for better resolution and output. Here are a few recommendations. Polaroids and film cameras are also making a comeback into mainstream culture with themes like vintage and retro being in fashion again.

It's established that influencers are a big deal now. With their growing popularity, we've seen newer social media apps capsize on this through monetized content. These apps are creating and allowing services for creators to get paid directly. It's not just limited to brand deals and sponsorships. This unique opportunity to earn directly by creating a fan base and not having to depend on brands attracts creators to spend time and energy on the platforms and bringing it more users.

Twitch. tv is a video game broadcasting and viewing platform. Users can subscribe to the streamers of their choice by paying a subscription fee and donating directly through PayPal. The platform saw 1.7 billion hours of content watched in November 2020 alone.

Bigo Live is a similar platform that focuses on live streaming and viewers can support them through in-app gifts that have a monetary value. Bigo Live is quite popular in Asian countries and gaining quick traction in Bangladesh. And it's safe to assume that it's not going to be the only one of its kind.

Influencers have made some big waves in certain industries. But they have popularized some niche products too.

We've seen a rise in tripod sales over the recent years. People want to take the perfect shot for themselves or just like working alone. Tripods have become a regular accessory to almost every content creator out there.

Microphones are very useful in content creation too. Especially if you put out videos. Microphones aren't just limited to musicians. With the rise of YouTube and millions of YouTubers uploading videos regularly, microphones have never been more mandatory.

In 2021, it's undeniable that being an influencer gives you some amount of social capital. It's amazing to witness how they have used this capital to not only promote the things they were supposed to. But subconsciously also ended up promoting other products too. And somehow making new markets for themselves in the process. It shows how much trust people have in online personas and how much they are willing to invest in authentic content.

This also shows that influencers don't need to promote products, they just need to use them ( loving them is a bonus). This proves how consumers care more about genuineness and tend to buy things they visually see others liking than flashy marketing. This is a major behavioral shift seen in consumers in recent years. And something more brands should be prioritizing for better growth.

More from the Blog 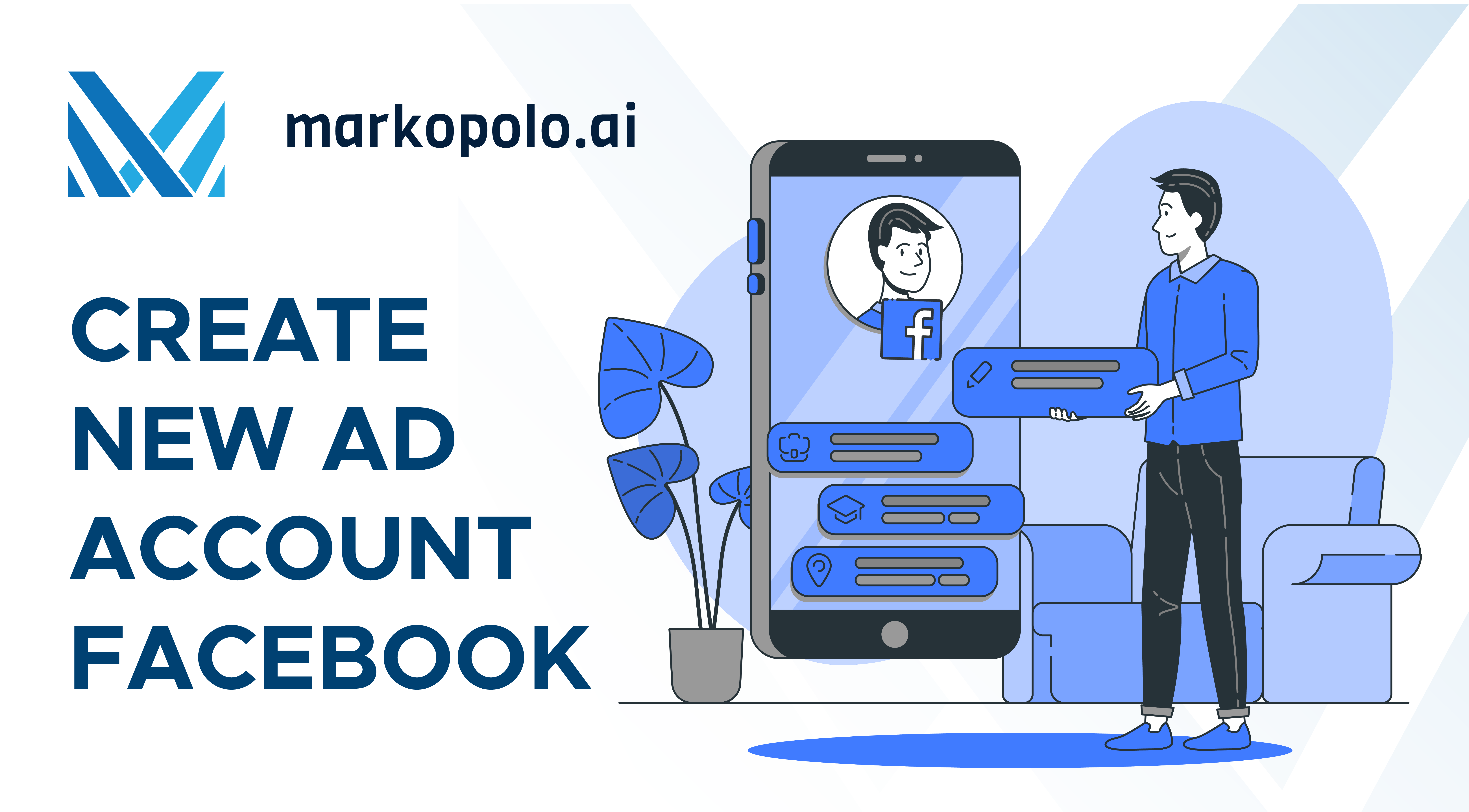 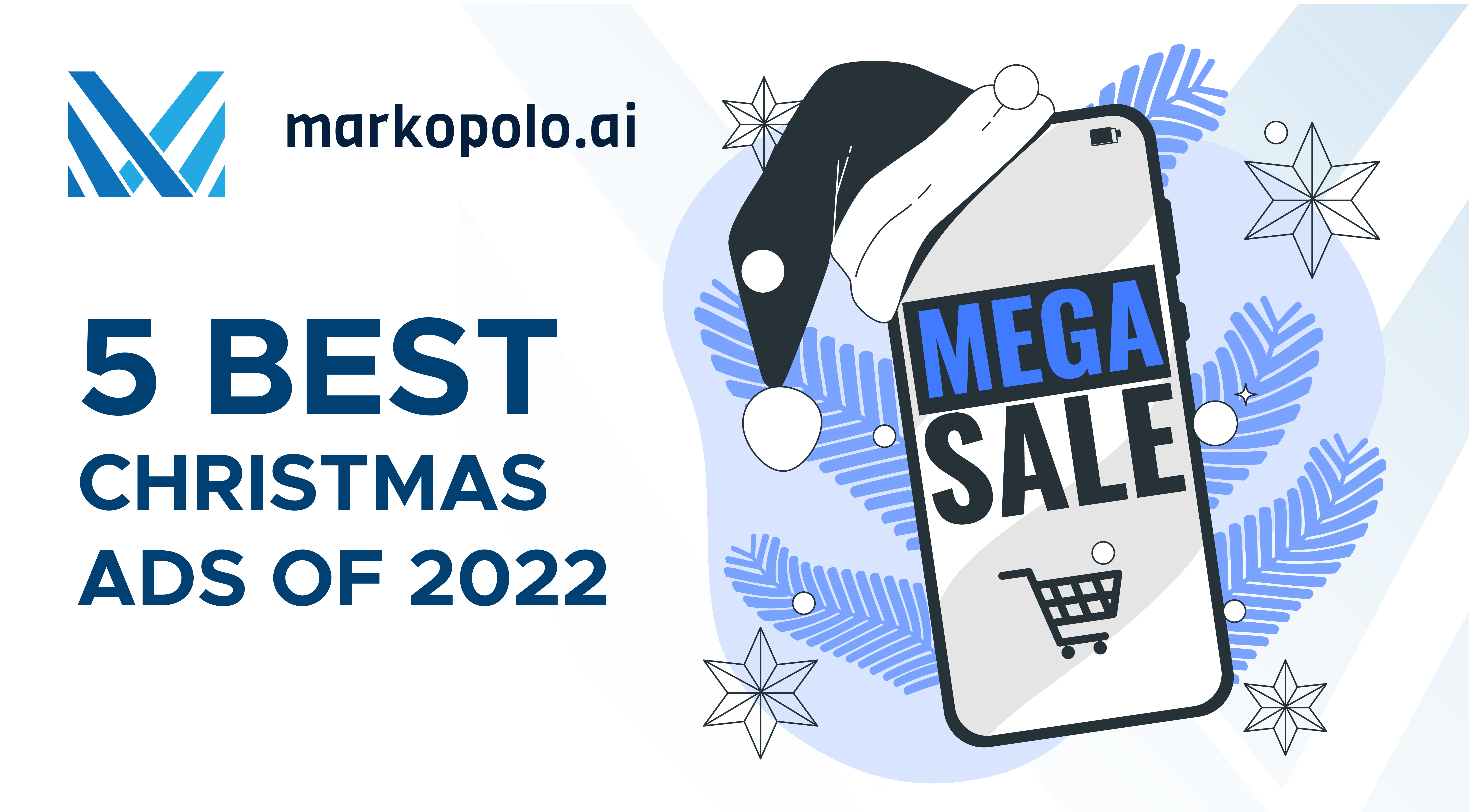 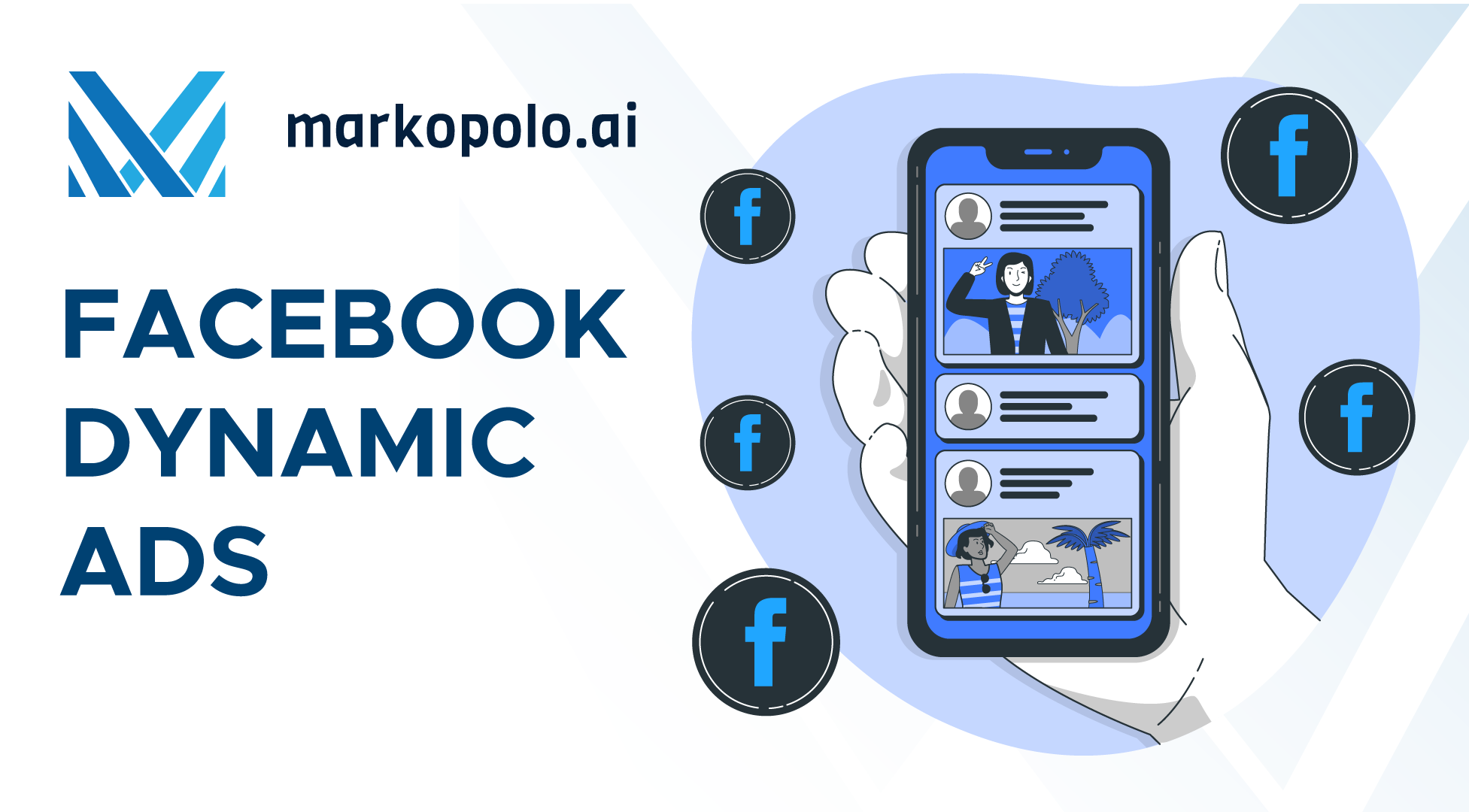 Understanding the Importance and Usage of Facebook Dynamic Ads